The OBOO Network was founded by Alan & Irene Young in the year 2003. It is part of STG Network  and its vision is to, through the harmonious cooperation of its leaders and business partners, form an elite group of aggressive entrepreneurs from all parts of the world. Currently, the OBOO Network has extended to Hong Kong, Australia, United States, Canada, Japan, Philippines, New Zealand and Ireland.

THE OBJECTIVE OF OBOO

“Leveraging on each other’s experience, ability and expertise, winning the market and making money while having fun!”

Under the logo of OBOO is a Latin phrase – ‘Oboo vobiscum’ which means ‘May the OBOO be with you’. This motto is the fundamental spirit of OBOO, in that regardless of how successful are our business partners or where they are geographically, it is the wish of the founders, Alan Young and Irene Young, that the OBOO Spirit and the OBOO culture be always be with them. The support from OBOO will always be there. 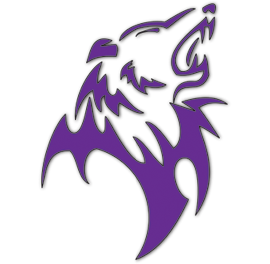 The wolf mascot was launched in December 2010, during the 3rd Oboo Trip in Taiwan. The reason for choosing a wolf as a mascot for Oboo is primarily the nature of wolves, which hunt in packs. Strength in numbers and power in unity. Although a lone wolf is powerful on its own, it is a pack of wolves that can hunt down targets bigger than itself. In OBOO, we choose to work closely together to leverage on the different experience of our group members,  benefiting from each other’s strengths and henceforth, increasing our power to capture a bigger market share than as individuals.

The origin of the name “OBOO”

The inspiration of the name came from a gaming guild called Bears of Oboo which the founder, Alan was a member of and then guild master in the game Dark Age of Camelot. It was a tight knit group which stresses getting things done while having fun.  It is the intention of the founders to bring over the spirit of the guild in a gaming world into the real world – making money while enjoying life and creating a lot of wonderful memories.

JOIN US AND BE PART OF OBOO!

No matter where you live, what age group you are in, whether you are a Mrs., a Miss, a Mister or a Senior, or what language you speak, if you are determined to build a better life for yourself and your family, and are willing to work hard for it, you have the Oboo spirit!! Come and Join our dynamic network and let’s make it happen together!!